At present we remain available for service and will continue to reinforce these practices:

We ask that customers exercise the same level of caution and diligence when it comes to personal health and hygiene so that we may all stay safe and healthy.

We understand that many employers have asked staff to work from home for an extended period.

If you work from home, you can claim the equipment-related proportions of household costs such as:

Small capital items such as furniture and computer and Printer / Scanner equipment costing less than $300 can be written off in full immediately (they don’t need to be depreciated).

Check the ATO website for more information and thank you for your support and cooperation as we deal with this unprecedented challenge.

The difference between a laser printer and a copier

Copiers and laser printers have a lot in common. The major difference is in how the image is formed on a photosensitive drum:

A copier uses a bright light and lens to focus an image of the original (actually, a strip at a time which is scanned in most modern low to medium performance copiers) onto the drum. Adjusting the lens-to-original and lens-to-drum distance is used to vary the reduction or magnification.

The digital image is generated from a bit map stored in the printer’s memory and modulates the laser beam. Scanning is mechanical – a high speed motor spins a multifaceted deflection mirror to get the X-axis and the paper moves to get the Y axis.

LED printers use a large array of LEDs as the image source but are otherwise similar to laser printers.

The most sophisticated machines are now actually scanner-laser printer combinations with buffer memory so that multiple copies can be made without rescanning the original, sorting and collating is more flexible, scaling and rotation can be done digitally, and other features not possible with simple copiers.

Superior Office Machines is a company dedicated to offering you the best photocopier service, printer, fax and copier repair service in Sydney.

We also sell new and used office machines including photocopier, large format printers and we supply consumables such as ink, toners and drums for most brands including Epson, Canon, Brother, Kyocera, Lexmark, HP, OKI, Konica Minolta and more.

We offer complete solutions for small, medium or large businesses so call us today to find out if we can help you, no job is too big or too small. With over 15 years experience in supply and maintenance of office equipment, you can rely on Superior Office Machines to get your office running smoothly again. 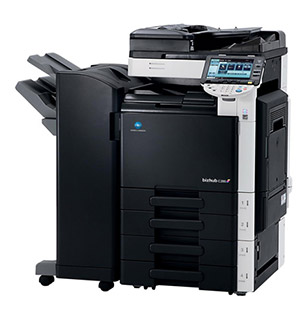 OR CALL US NOW FOR A FREE QUOTE